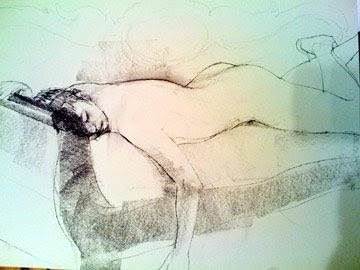 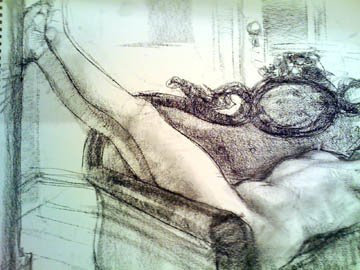 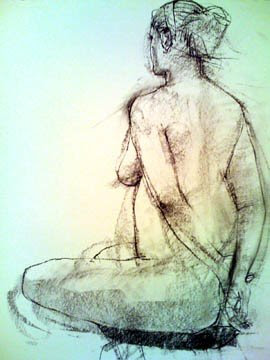 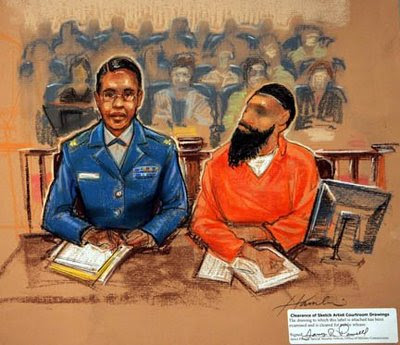 I'll never forget this day; it was 2006 and I was not allowed to draw the detainee's features as this was the rule at the time. Yvonne Bradley, lawyer for Mr. Mohamad, was 'taking the 5th' and choosing not to speak for Mohamad so that he might speak for himself. There was resistance, tension, possible repercussions- but she prevailed, and Mr. Mohamad was allowed to finally speak. Read the Miami Herald report about his release HERE
and NYT report HERE
I drew this from the monitors- you can see me and several reporters (Carol Rosenberg of Miami Herald, Carol Williams of Los Angeles Times, Sara Hussein, several human rights lawyers, and some military personnel- not detailed, in the gallery.
Posted by hamchat at 9:17 AM 1 comment: 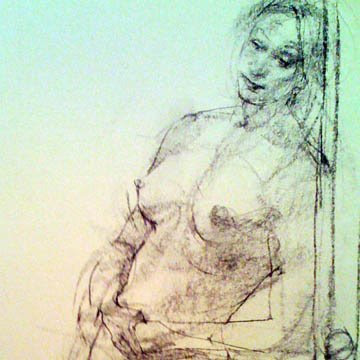 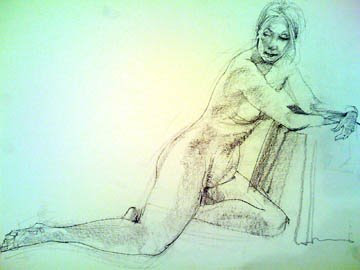 It helps to have a good model to sketch ; I was tired, feeling tight- but it was fun. Jean, the model, really reminds me of someone you would see in an Edward Hopper painting.
Posted by hamchat at 12:15 PM 1 comment: 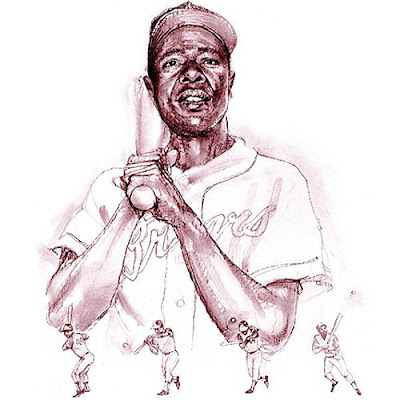 With all the steroid scandals coming to light in baseball, Hank Aaron really is 'the real deal'. His record may have been surpassed by Bonds, but not cleanly. Not really.
Hank Aaron just turned 75 last week. Find out more about this baseball legend HERE.
Posted by hamchat at 10:14 AM No comments: 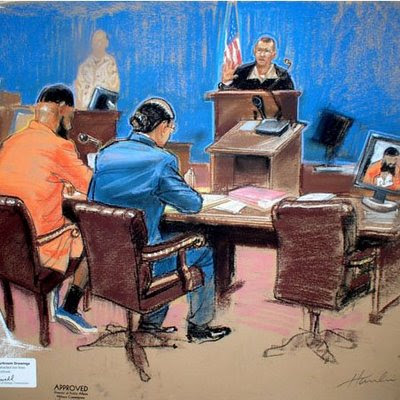 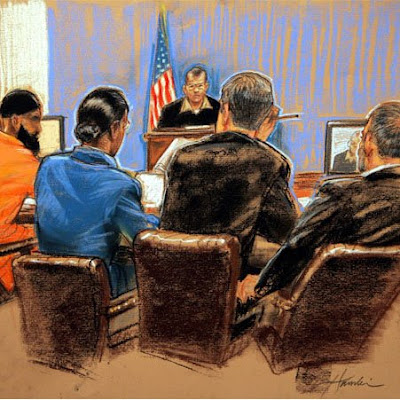 In 2006 I was sent to draw Omar Khadr. During that same visit, Binyam Mohammad was also in court; here you see him with his lawyer Yvonne Bradley.
Currently he is on hunger strike; read more about it HERE

In honor of Black History Month 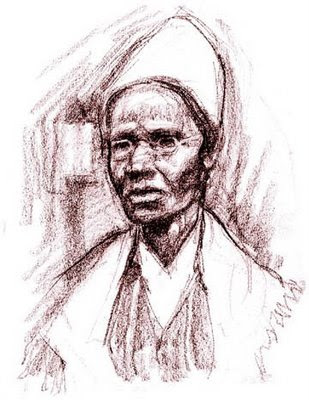 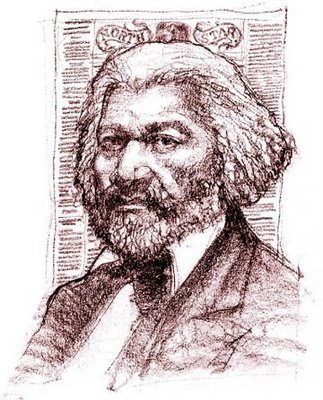 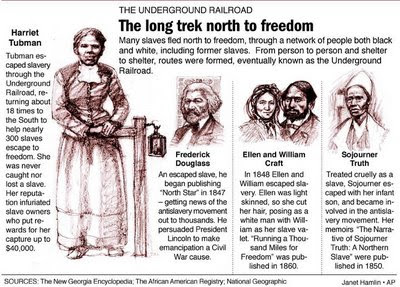 One of the things I love about Nyack is it's history of being part of the Underground Railroad. Here are a few of my personal heroes, Frederick Douglass, Sojourner Truth, and of course, Harriet Tubman. Racial prejudice is finally becoming a thing of the past; and the future of our country- as is, hopefully, equality on all levels.
Posted by hamchat at 6:18 AM No comments: 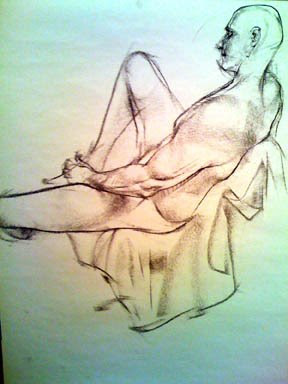 It's been awhile since I've blogged; not long after returning back from Guantanamo I was struck with a pretty severe case of strep- a real knockout. Having since recovered, I've been busy finishing up projects, and getting back to the Hopper House to facilitate figure drawing. Sometimes it's hard to get the mojo up and go out on a cold winter night to draw for 3 hours.. then I get there and just feel so grateful that I am part of such a wonderful weekly gathering. The people that come in and draw for the sheer pleasure of it.. well, suffice to say, it's just plain gratifying.
Posted by hamchat at 2:29 PM No comments: