Following up- my SLJ cover and interior spread finishes 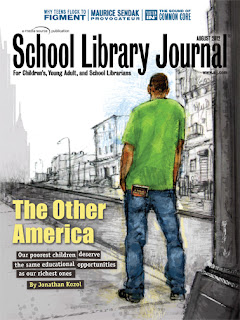 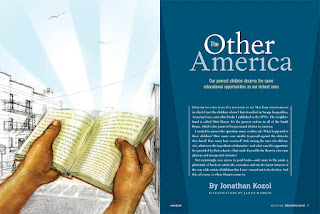 Earlier in my blog I told you about how this job came to me via email while I was on a trip in China with just my laptop and iPhone on hand. Thankfully I always carry a charcoal pencil to sketch with. This was a job I just could not say no to- Jonathan Kozol writing on the differences in education for rich versus the poor. The art director, Mark Tuchman, is terrific to work with. He was willing to take the extra steps and provided me with ample reference, quick feedback, and a cover concept that required the main figure to be in color while the rest of the background remained sketchy black and white.
So, armed with my charcoal pencil, I sketched away, shooting my sketches with my iPhone, uploading, and emailing, with a 12-hour time difference from various China hotspots. Once they were approved I was able to upload and digitally paint the sketches with photoshop and my laptop trackpad. A little challenging, but it actually forced me to loosen up, which worked well here. 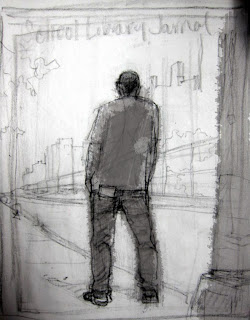 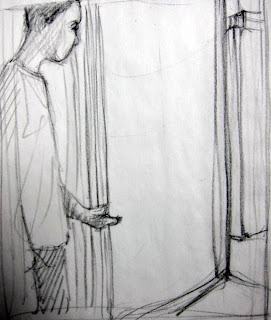 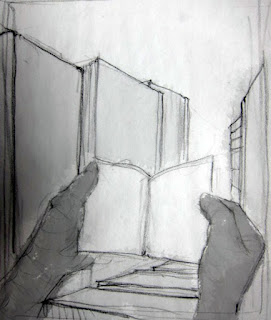 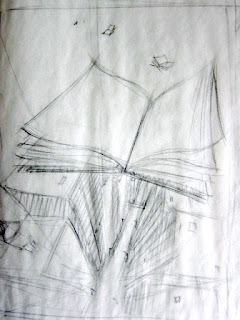 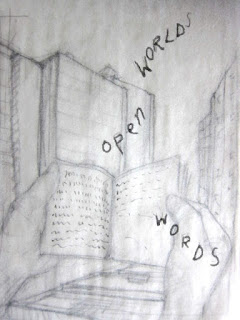 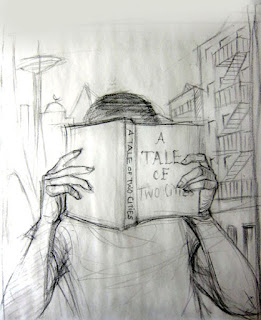 Mark then took my work and added his design magic. I am thrilled with the collaborative results.
Posted by hamchat at 7:17 AM No comments:

A radio announcer said "a pilot of a small plane apparently lost control and hit one of the WTC towers"- so I rushed to my roof window and peered out, where I had a view of both towers. A thin trail of smoke rose up. Turned on the tv, and as cameras focused on the first hit, the screen filled with the second plane. The rest is history as we know it today. Nothing has been the same since, nor will it ever be for any of us.

On that day, I watched from the rooftop with my brother and his roommate as the unthinkable happened. Within the hour, documents fluttered three miles over the Hudson river waters and dropped. Smoke and ash soon followed as the streets below filled with silent people walking home, handkerchiefs, the air punctuated by sirens and nothing else. The subway train above, still in it's tracks. All of us in shock. 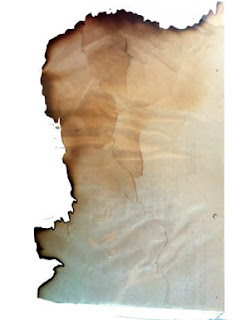 Today we are rebuilding, and a generation of middle-schoolers  only know a life that always included this tragedy. Years have helped us heal, but we will never forget.
Posted by hamchat at 5:54 AM No comments: